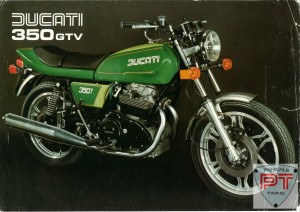 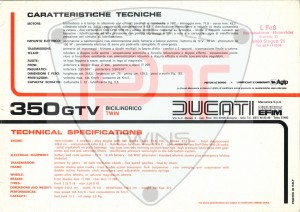 The 350 GTV saw it’s life light in 1977 to replace the 350 GTL . At that time the 350 GTL suffered from failing crankshafts and bad electrics. But unfortunately the damage was done and the motorbike market wasn’t waiting for an other parallel twin to go touring. At that time the Jap 2 and 4 cylinder engines had been widely introduced and where gaining popularity. In 1981 the last 350 GTV was produced and died a quite death.